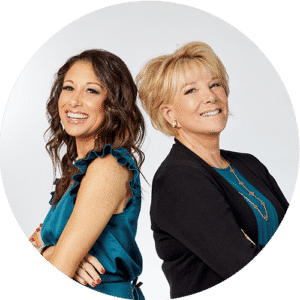 Today, this powerful partnership launches a women’s health initiative aimed to educate women on aging and all the changes that occur during this time, including Stress Urinary Incontinence (SUI) and resulting bladder leakage.

In celebration of her new book, Why Did I Come Into This Room? Ms. Lunden is on a mission to get women to open up about aging and everything they go through during the perimenopausal and menopausal stage.  She wrote the book as a guide for women of all ages, including younger women in their 40s – like her daughter – so they understand the effects of the aging process and can be proactive in determining their best forms of care.

“I want to make sure that, as moms, we educate ourselves and our daughters about aging and that we take the taboo out of this conversation,” says Ms. Lunden.  With INNOVO, we are creating an open dialog about the aging process and how we can better take care of our health and our happiness to age more successfully.  This includes tackling the root cause of bladder leaks, an issue that affects one in three women.”

INNOVO is equally passionate about women’s health education.  Co-created by Dr. Ruth Maher, Chair of the Dept. of Physical Therapy at PCOM, the clinically-proven, at-home pelvic floor exerciser uses non-invasive, neuromuscular electrical stimulation to strengthen and improve the coordination of the pelvic floor muscles from the inside out, stopping leakage where it starts.

87% of women who used INNOVO in a published, FDA-reviewed clinical trial were dry or nearly dry after the 12-week regimen. The brand is outspoken in breaking the silence around urinary incontinence and helping women regain control of their bodies and their lives.

“For the longest time, women have been “on mute” when dealing with the issue of bladder leaks,” says Dr. Maher, who founded INNOVO. “This has been compounded by pad companies offering little advice or hope other than a pad/panty liner, thus normalizing bladder leaks as something women just have to live with. But it wasn’t a normal life for women with bladder leaks, also known as SUI.  They were living smaller lives. They put on weight, restricted or stopped exercising, avoided sex, and had relationships ruined.  Men can talk about erectile dysfunction.  Women can’t talk about bladder leaks, but they deserve a voice and they should know where to turn to for help.”

As a leading wellness coach, Mrs. Hess is a proud partner in the pelvic health conversation. A s a television contributor and wellness influencer known as @NYCfitfam, Mrs. Hess has been a long-time marathon runner, but found her running curbed when she began experiencing leaking after having two children.  She would wear dark leggings to hide her pee stains as she ran from borough to borough.  She turned to INNOVO and within months was back to running races leak-free.  Now, along with her mother, she’s igniting the conversation around women’s health in tandem with her nutritional training.

“Leaking doesn’t just happen to women ‘of a certain age,’” says Mrs. Hess. “It happens to young women, too, especially new moms.  I found INNOVO after years of physical therapy and going to doctors, and it was the only product that helped eliminate my leaks. I’m proud to join my mom and INNOVO in starting the dialog and helping all women live their best lives, leak-free.”