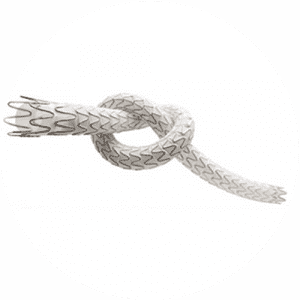 By acquiring early FDA feedback through the Pre-Submission process, the TORUS-2 study (The PQ Bypass pivOtal IDE intra-aRterial stent graft study for occlUsive and re-Stenotic fem-pop revascularization) is the company’s second IDE approved in less than two years and is the first pivotal IDE for an SFA stent graft since Viabahn received initial PMA approval in 2005.

The TORUS-2 IDE approval comes close on the heels of the approval for the DETOUR-2 trial.  Having been exposed to the TORUS stent graft in the context of the DETOUR procedure, increasing demand is being vocalized to get this same stent graft studied for its safety and efficacy within the SFA as an intra-arterial stent graft.

“We have developed a robust technology, which is currently being studied in our DETOUR-2 percutaneous bypass IDE,” said Heather Simonsen, Senior Vice President and General Manager of PQ Bypass.  “Now we are expanding our focus to also address SFA lesions earlier in the disease process to target a market that currently has only one approved stent graft.”

PAD, left under- or un-treated, can deteriorate the body’s vascular system to the point of rest pain, amputation, and even death.  Current therapies, such as balloon angioplasty, atherectomy, and bare metal stents, frequently do not provide satisfactory long-term patency and will often require cyclical re-treatment.  Stent grafts, unlike bare metal stents, aid in halting the progression of PAD, rather than solely treating the symptoms and allowing the disease to advance.

“This is an incredible win, on the part of every member of the PQ Bypass family,” continues Rich Ferrari, CEO and Chairman of the Board.  “It really speaks to the quality of the work we have done as a company, both internally and in our clinical trials, as well as the TORUS stent graft itself.  All of us at PQ are excited about running two pivotal IDE studies that are aiming to provide treatment for such a large and under-served population.”

The company will begin enrolling in the prospective, single-arm, global multicenter study in Q4 of 2019.  The study has been approved to enroll up to 188 subjects at up to 40 sites.  The TORUS stent graft received CE Mark as a part of the DETOUR procedure in 2017.

PQ Bypass, Inc. is a Silicon Valley-based medical device company pioneering treatments for long-segment and advanced Peripheral Artery Disease.  Their physician-driven innovations include the DETOUR Procedure for percutaneous femoral-popliteal bypass and the TORUS stent graft, both currently under investigation in separate global, multicenter, IDE studies. Crafted by Dr. James Joye and Dr. Richard Heuser, world-renowned experts in the field of peripheral arterial disease, PQ Bypass devices are built upon nearly a decade of research and patented technological advancement.  PQ Bypass is recognized by MedTech Outlook Magazine as one of the Top 10 Cardiovascular Companies of 2019 and earned Frost and Sullivan’s European Technology Innovation Award for the DETOUR procedure in 2017.

The TORUS stent graft is limited by federal law to investigational use only and is not available for sale in the U.S. For more information, please visit www.pqbypass.com.