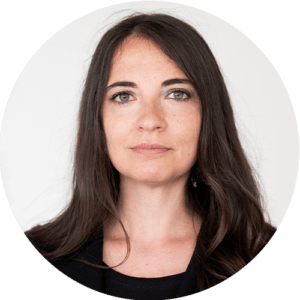 Verona, Italy, 4 October, 2022.  Sibylla Biotech today announced the successful close of its €23 million Series A financing round to fund the further development of its Pharmacological Protein Inactivation by Folding Intermediate Targeting (PPI-FIT) approach, which provides access to a new class of pharmacological targets that transiently appear during the process of protein folding, and to advance its proprietary pipeline programs through preclinical evaluation.  The financing from an international syndicate of specialized life science investors was led by V-Bio Ventures with participation from Seroba Life Sciences, 3B Future Health Fund, Claris Ventures, CDP Venture Capital with Evolution Fund, VI Partners, Indaco Venture Partners, as well as the company’s seed investor, Vertis SGR.  Concurrent with the close of the fundraising, Ward Capoen from V-Bio, Bruno Montanari from Seroba, Ciro Spedaliere from Claris Ventures, and Marianne Bjordal from 3B Future Health Fund will join Sibylla’s Board of Directors.

“Sibylla Biotech is developing small molecule degraders designed to interfere with the folding process of a selected protein by binding to the folding intermediate states, bringing a highly differentiated approach to the protein degradation field that can access a range of targets previously considered undruggable,” commented Lidia Pieri, PhD, Co-Founder and Chief Executive Officer of Sibylla Biotech.  “We have gained the support of a strong group of expert investors and the capital to advance our small molecule pipeline, expand our protein folding simulation technology platform and bring additional expertise to our team. I would like to thank all Sibylla employees, founders and supporters for enabling our achievements so far.”

Through the PPI-FIT approach, Sibylla Biotech designs Folding Interfering Degraders (FIDs), classical small molecules that target specific proteins, including proteins that lack druggable pockets in their native state.  The company’s lead candidate degrades Cyclin D1, a protein that is amplified and overexpressed in a range of cancers and which is currently considered an undruggable target.  The proceeds of the Series A will allow the company to build out its pipeline of therapeutics by exploiting the protein folding simulation platform, as well as to further expand the potentiality of its technology.

“Sibylla’s novel approach has already demonstrated that it can unlock a new category of targets with the potential to translate these into a robust pipeline of small molecule candidates for an unlimited range of indications. We are excited to support Sibylla Biotech’s vision to transform the protein degradation landscape,” added Ward Capoen, PhD, Partner at V-Bio Ventures.

“Lidia and her team came together from a group of cross-disciplinary experts with the goal of developing the PPI-FIT technology. Sibylla Biotech has distinguished itself by applying ground-breaking science to solve therapeutic challenges and now they have the further validation from a group of highly experienced investors. Vertis congratulates the team on achieving this next step in their development,” said Roberto Della Marina, PhD, Operating Partner at Vertis SGR.

About Sibylla Biotech
Sibylla is disrupting the protein degradation landscape by applying a novel mechanism of action that interferes with protein folding and thereby suppresses the expression of a disease-relevant protein. Through their protein folding simulation technology platform, Sibylla identifies relevant and previously inexplorable folding intermediates for protein targets that are currently considered undruggable in their native state. The company is developing a proprietary pipeline of small molecule folding interfering degraders (FIDs) that can address a range of therapeutic areas.

About Sibylla Biotech’s Foundation
Sibylla Biotech was established as a spin-off company based on a multidisciplinary scientific collaboration between the Italian National Institute for Nuclear Physics, the University of Trento and the University of Perugia, which together co-funded the collaboration with the Telethon Foundation ETS. Vertis SGR funded the breakthrough discovery technology resulting from the collaboration, enabling the initial validation of Sibylla’s technology.