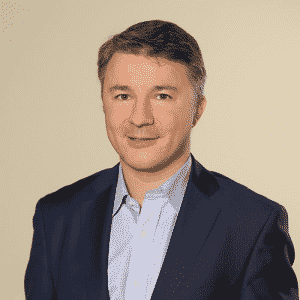 One of the most talked about topics in medicine at the moment is gene therapy. Seroba Partner, Bruno Montanari, watches the field closely and talks here about the current state of play, the challenges and the opportunities.

Gene therapy is an exciting area of medicine still in its emerging phase despite decades of work. While rare diseases were the initial focus, broader applications are now being pursued. We have already seen first market approvals and several late-stage clinical programmes are ongoing. Seroba has been tracking the cell and gene therapy space over recent years and closely monitoring a number of promising companies.

Initial gene therapies are already bringing with them much-needed disease-modifying, if not curative, treatments to patients. Spark Therapeutics’ Luxturna®, FDA approved in 2017, was long awaited by patients with RPE65 mutation-associated retinal dystrophy form of blindness. This was followed by FDA approval in 2019 for AveXis’ gene therapy product Zolgensma® for SMN1 gene related spinal muscular atrophy patients under two years of age, a serious condition of the nerves that causes muscle wasting and weakness. Both Spark and AveXis were acquired in multi-billion-dollar deals, respectively by Roche (2019, $4.8bn) and Novartis (2018, $8.7bn).

The more clinical data that is generated, the more we know about the positive impacts these innovative therapies will have on disease treatment and outcomes including modifying, curing, stopping or reversing disease progression.  Such extensive clinical data will also identify any potential limitations of the various technologies which underpin emerging gene therapies. This will all help to shape the direction of progress in this emerging field. Unlocking the production bottlenecks, working on improved and new gene delivery approaches, and agreeing out-of-box commercial models with payers will enable the life science industry to uncover the full potential of this new treatment modality.

As with many emerging technologies such as gene therapy technologies, there will continue to be progress and setbacks along the journey. Any setback provides the opportunity to investigate further and understand what to improve, the product, the viral vector, the dose and mode of administration, or the optimal patient selection for a specified gene therapy. Resilience and hard work eventually leads to further improvements and ultimate success, but one has to manage expectations as no new treatment modality is the magic bullet for all situations. The end goal remains the patient. Thousands of patients worldwide have already safely received gene therapy both in clinical trials and from approved therapies, benefiting from those durable life-changing treatments, and undoubtedly many more will join in the coming years.

The quest has been to find a viral vector able to deliver the transgene via intra-venous (‘i.v.’) administration to any targeted tissue and cells of interest. This must be at a dose that ensures an efficacious therapeutic response while avoiding immunogenicity and toxicity. However, the i.v. route exposes the viral vector to the liver before it can reach the rest of the body, not only limiting the exposure of the targeted tissues outside the liver, but also possibly giving way to hepatotoxicity. Local administration directly to the targeted organ in the body, whilst not a panacea, probably remains an appropriate treatment route in many cases.

In time, we can expect a new set of approaches and improvements to viral vectors to materialise. While non-viral gene therapy approaches have also been developed as a way to mitigate the constraints associated with the viral vector itself or its mode of administration, often they too have come up against similar challenges. Continued scientific advances will help answer these questions as new data emerges.

Seroba’s long-term tracking and experience with gene therapy’s early pioneers has been a fascinating journey thus far. Our recent investment in Coave Therapeutics underlines our commitment to the space. The company has an experienced team and exciting technology that we believe will help advance the field.

Coave is focused on developing life changing therapies in rare ocular and central nervous system diseases, while its platform also bears the potential to address other therapeutic areas. The company will use its recent €33 M Series B financing, led by Seroba, to progress its differentiated ALIGATER platform. The platform generates modified Adeno-Associated Viral Vectors (‘AAVs’) using a conjugation approach that enables superior transduction rates, higher transgene expression levels and broader tissue distribution. You can read more about the ALIGATER technology here.

Seroba is excited that this next-generation AAV vector platform will allow Coave to generate its own diversified pipeline of novel therapies, with near-term catalysts, while also collaborating with future corporate partners in their quest to develop improved gene therapies.

Gene therapy has a bright future ahead of it, all stakeholders working hard to unlock its potential for the benefit of patients. It’s a challenging time for gene therapy as it finds its feet in the world of medicine and it’s a fascinating time to be a venture capitalist engaged with and enabling this fast-emerging space.